Becoming The Leader You Wish You Had 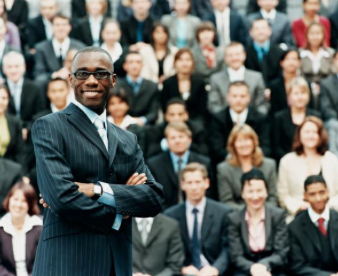 If you are like most leaders, you want to be the best you can be, either by your own definition or by the reputation you have created in the lives of others. Many people struggle with a specific model of what “that leader” looks like. I’d like to offer a way to think this model through.

We have all had earlier (or perhaps current) experiences of working under a manager who wasn’t an effective leader at all. I recall one of my early bosses, a man named Don, whom I worked for way, way back in my corporate career. I was in the Compensation department of a well-known company and Don would check EVERY aspect of my work. Any mistakes I made would always be caught by him prior to any real damage being done. I came to rely on him as a constant back up, which actually stunted my growth and acceptance of personal accountability.

Granted, I only had about four years of experience at the time, yet Don’s method of developing those under his authority really left a lot to be desired. One day I had a heart-to-heart conversation with him explaining how I had become totally reliant on him as a reviewer of my work. I indicated that his approach, while understandable, was actually creating a laziness and carelessness in me that was not healthy.

To my surprise, he agreed and indicated he would stop providing as much review of my work. Fast forward a few weeks; I was analyzing a large amount of data to develop a budget recommendation for a major division within the company. To Don’s credit, he did not check my work but only my final recommendation. He and I then met with the division president to present my proposal, which would have added several million dollars to the payroll – not a small amount, particularly back in the late 70s.

The division president had a reputation for being a tough, no-nonsense executive. To meet with such a high powered executive in my mid 20’s, suffice it to say it felt like I had swallowed a few (thousand) butterflies.

The president listened to my presentation and hurried me along to get to the recommendation. That’s when the feathers went flying in all directions, so to speak. As you might have guessed, my analysis contained several errors which made my recommendation baseless. The president wasn’t at all happy or understanding – to him, I had just wasted 30 minutes of his valuable time.

But, I certainly learned a BIG lesson that day. In fact, this incident was pivotal for me in establishing my leadership style and approach in the ensuing years. Unintentionally, Don’s initial approach helped me form the model of the leader I wished he was!

If everything rises and falls on leadership, which I strongly believe it does, then the leader’s behavior towards their team members is critically important to their personal success and the success of the organization. Neither Don’s controlling behavior nor his abdication of control was helpful for my development.

You see, Don’s approach of checking all of my work, making corrections and handing it back didn’t help me to learn how I made any mistakes. Had he been the leader I wished he was, he would have allowed enough time to review my work and asked some thought-provoking questions thereby enabling me to “discover” not just my errors, but the cause of those errors as well.

The right questions act as a catalyst for us to think differently and increase our awareness regarding the cause of outcomes. If an outcome or result is not what we were expecting, we have to look at what caused those results first. Good questions can bring this to light.

So, what kind of leader do you aspire to be? One way to help establish your model of leadership is to think about the leaders you had in the past and identify the things – attributes, traits, thinking style, etc. – which they lacked but that would have enabled you to become the best you could have been at that time. Once you have a list of attributes, ask yourself or others to assess your level of competence in these areas.

This exercise might help remove the obstacles that are blocking your leadership from growing into all it can become. I’d be interested in any discoveries you learn about yourself from the exercise.

What is one thing you have identified? Please let me know.