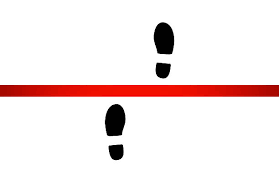 A few weeks ago, as my wife and I were leaving for a long weekend trip, the weather took a drastic turn.  A torrential downpour was on its way to where we live, and during our drive we experienced this rainstorm in a way I will not soon forget.

A brief part of our trip took us on Interstate 95, the main north/south traffic route along the Eastern seaboard. Although I’ve driven the I-95 many times, I’ve never seen rain like this before. If cars and trucks were not pulled off to the side of the road, they were going no faster than 25mph – not because of the volume of traffic, but because we couldn’t see more than 20 yards ahead of us.

It was a white-knuckle experience if there ever was one. But that’s not the end of the story.

Two days later, one of my neighbors called to inform me the stern (back half) of the motorboat I own was fully submerged under water! For those who may not know a lot about boats, when the stern of an inboard/outboard-powered boat is fully submerged, it means the entire engine is under water. This is not good.

According to the official cause from the marine inspector provided by the insurance company “rainwater accumulation and high waves from recent storm events” put an unusual amount of stress on the bilge pump. The batteries were drained due to the constant cycling of the bilge pump, making the pump inoperable. Conclusion: “constructive total loss.”

As unfortunate as this event was, it seems to be an apt metaphor for our human battery and how it can become drained. My smart phone tells me when its battery is running low. At 20% capacity, it shows a red line and advises me to plug it into a power source for recharging.

What are some signs our human battery is draining or getting close to the red line? I have a few ideas for your consideration:

1. Reduced Patience – For me, I know that when I have less patience than normal, my battery is approaching the red line. It can happen as I’m driving and I become less tolerant of other drivers’ behavior, or less tolerant of the traffic build up. Pay attention to your thoughts and some of the comments you actually let come out of your mouth. When I begin to react to external situations rather than respond with a patient attitude, I know I need to pay attention to my battery level. What is the sign for you?

2. Increased Self-Centeredness – When I begin to focus more on what I need or want, rather than how I can be of help or service to others, this indicates I need to recharge. Even a small example, such as when I intentionally speed up my walking to beat someone from the parking lot to the hostess stand in the restaurant, I know I’m more focused on my needs and my stomach than on others. Of course, we all have a tendency to exhibit some selfishness; but when it negatively impacts others, this is a sign for me to assess my attitude and energy, and to readjust.

3. Inflexibility – Have you noticed what happens when people bring you new information that may contradict your original plan? When your battery is charged, you can be genuinely open to hearing the new information and adjusting your plan. But a low battery can lead to inflexibility, which reminds me of Malcolm Gladwell’s story regarding Union General Joseph Hooker during the Civil War. General Hooker had a foolproof plan all worked out. He ignored new information from his subordinate officers telling him of General Lee’s unanticipated counter moves. He thought it best to keep to the original plan and that act alone almost cost the Union the war. Do you find yourself being less flexible than normal? It could be a sign of a red line in your battery.

How about you? Do you have any of these signs or other signs?

Do you have anyone in your inner circle who can be honest enough to tell you if they are observing any of these signs? It would be wise for you to have a few people to play this role. You will not always like what they tell you; yet, if their motives are pure, they will help to let you know when your battery needs recharging.

Let’s face it, strong leadership can only happen when your battery is not in danger of failing. Don’t wait until you get to the red line. Pay attention to some of these“leading” indicators.