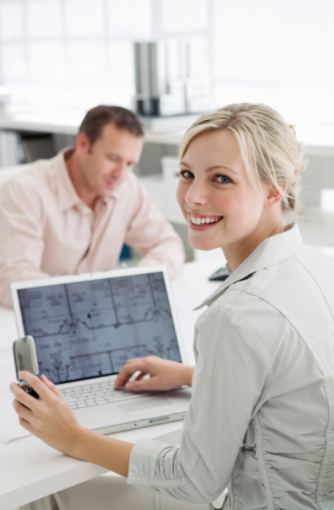 Would you agree that leaders must be able to influence others to generate high levels of results and impact? I’m sure you would. The question then becomes, “What are some successful behaviors which will put me on the right path?”

1. Where Do You Get Your Best Ideas? It’s been said, “If you are the smartest person in the room, you are in the wrong room.” Highly influential and successful leaders get many of their best ideas for solutions to real problems from their front-line employees. This practice helps “cut to the chase” to identify the root cause of a problem. The front-line people know a lot more of the details, causes, and workable solutions than you as the big-picture leader can know.

Several years ago I recall working with Dave, a CEO/Business Owner of a 500 person company, who wanted his employees to willingly make suggestions to improve and grow the business. He truly believed he created the environment for employees to contribute in this way. In an Executive Team meeting I attended, one of the executives suggested an approach to a particularly thorny business situation. Immediately, all heads in the room turned to Dave at the head of the table, to “read” his reaction to the idea!

Dave had a desire to behave in a certain way, yet his actions demonstrated the complete opposite. I had an opportunity to give Dave this feedback privately and this new awareness on his part was a major catalyst in helping him adjust his actions going forward.

How often do you actively and openly ask front-line employees for their observations, insights and ideas?

2. How Curious Are You? Aren’t you glad Thomas Edison was incredibly curious? He attempted experiment after experiment until he found a consistent solution we know today as the lightbulb.

Aren’t you glad the Wright Brothers put principle over precedent and allowed their curiosity to propel them to discover a way for us to fly? Aren’t you glad someone (maybe Al Gore?) discovered the potential of what we now know as the Internet?

In these examples, as well as countless others, curious thinkers didn’t really create the outcome – it always existed. These people just applied persistent curiosity which led to their discoveries. A lack of curiosity kills the spirit of innovation, creativity, and expansive thinking in others. Encouraging the use of and development of curiosity in those you lead is really a significant competitive advantage for your leadership.

3. How Vulnerable Are You? We all see examples of poor leadership costing organizations millions of dollars. Admitting one’s mistakes isn’t always easy, yet being vulnerable to do so is actually a powerful leadership trait. It allows those on your team to connect with you in a way that demonstrates you are human and subject to the elements of humanity just as they are. Any kind of relationship, including with a leader, has trust as its foundation. Being vulnerable demonstrates transparency which enhances and elevates that level of trust.

4. What Is Your EQ? How well can you put yourself in someone else’s shoes and experience what they are feeling along the way, without having to agree with them? Your emotional quotient, or EQ, is a measure of this ability. As we grow older, our IQ (intellectual quotient) can and does diminish, yet our EQ can grow and expand.

Global consulting giant Development Dimensions International conducted a study involving 15,000 leaders. The one soft skill that had the most impact on the overall performance for early-stage leaders was EQ or empathy. They found “empathy tops the list as the most critical driver of overall performance.”

How would you rate yourself on these four uncommon behaviors? Give yourself a score from 1-10 on each and allow that to be the start of new awareness and growth. Remember what Albert Einstein said, “You can’t solve a problem with the same level of thinking that got you into the situation in the first place.”

Let me know how I can be of help to you.