How Wide Is Home Plate? 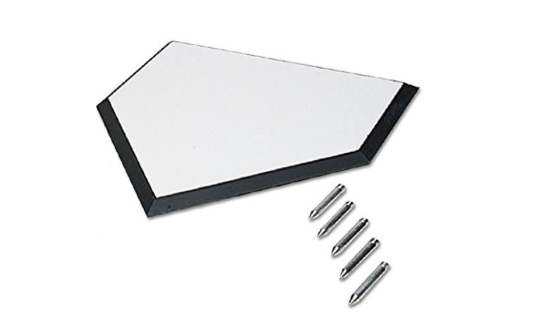 In the spirit of spring, a new baseball season is about to get underway. Recently I read a baseball-related story with a great message.

Back in 1996, at a conference for baseball coaches, one of the guest speakers was a 78-year-old, former college baseball coach who was legendary. He came on stage wearing a full-sized, bright-white, home plate around his neck. This unusual accessory apparently got the attention of the audience.

He spoke for a while without ever acknowledging he was wearing this home plate. Finally he broke the ice to share what he had learned about the home plate in his almost 50 years of coaching baseball. He asked, “Do you know how wide home plate is in Little League baseball?” (For the uninitiated reader, Little League covers the ages of about 8-12 years old.)

A person in the audience sheepishly raised his hand and said “17 inches” with his voice trailing up as if he were asking a question, rather than giving a definitive answer. “Right,” said the speaker.

Then he asked, “What about high school? How wide is home plate?” More people responded with the correct answer (17 inches as well). “And what about college?” he asked, before moving on to the major league level. “SEV-EN-TEEN INCHES” he confirmed in a very loud voice, before pitching his final and most important question. “So what do they do with a Big League pitcher who can’t throw the ball over these 17 inches?”

No one had an answer. “What they don’t do,” the coach replied, “is feel bad for the pitcher and make the plate 18 or 19 inches wide.”

He then addressed the audience and asked, “Coaches, what do we do when our best player shows up late to practice? What do we do if he violates curfew or uses drugs? Do we hold him accountable? Or do we change the rules to fit him? Do we widen home plate?”

The chuckles gradually faded as the audience began to understand the full impact of the speaker’s message. He then expanded the analogy even wider to apply to our homes, our schools, our communities, and our workplaces. He said, “Often we don’t teach accountability to our kids and there is no consequence for failing to meet standards. Instead, we widen the plate!”

Earlier today I met with a client who is the President and owner of a mid-sized company in business for over 30 years. He is frustrated with some people on his team. As I listened to his frustrations, it was clear to me how those on the team want to expand the width of home plate. My client doesn’t want to expand the width, yet is having a difficult time influencing the team members to adopt his point of view.

Upon further questioning, it is clear there is a vast difference between his expectations for the roles he wants them to play in the organization and their own ideas. The good news is we can address and resolve these divergent perspectives — by defining expectations, i.e., the parameters of home plate, and providing accountability — which should lead to less frustration as well as a consistent measurement of progress against clear expectations.

Do some of the people on your leadership team have a pattern of widening the width of home plate as they perform their roles? What are you doing to keep home plate at 17 inches?

This seems to be a fairly straightforward concept, yet many companies and leaders struggle with implementation. So let me know if this is a challenge for you, or any thoughts you have on this; I’d be most interested.

PS: This story was taken from a Facebook post a friend of mine had seen and shared. The legendary coach was a man named John Scolinos. You can read the full story here.