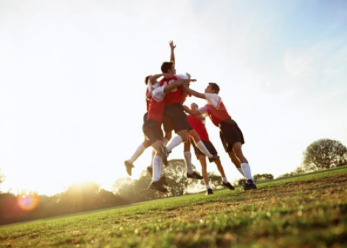 As I write this post, 12 boys and their coach from a soccer team in Thailand have just recently been rescued from an underwater cave few experienced divers had ever been to before. The story of how they became trapped and their heroic rescue captured the world’s attention, and you can find details from any major news source. If you are interested in learning more about this click here for a comprehensive story from the BBC.

As my regular readers know, I’m a life-long student of leadership, so I tend to look at situations from a leadership perspective. And there are a number of interesting lessons I observed during the ordeal at Tham Luang cave that I want to share with you.

The Thai Navy SEALs had training in both swimming and diving. However, the training did not include underwater diving in caves. The obstacles presented in these caves were considerable and quite challenging.

Rescuers had to navigate dark, murky waters, in very tight spaces which likely had sharp rock edges which could have easily damaged wet suits and breathing gear. They learned and adapted as they pressed on.

From a leadership perspective, new opportunities always have unplanned challenges. In this case, the leader and the team remained focused on the mission to rescue the stranded group. There weren’t any hidden or conflicting agendas among those on the team. There was one agenda and everyone was on the same page.

Many leadership organizations, as well as governmental bodies, would do well to learn the benefits of having one agenda and embracing the art of adaptation to overcome obstacles.

Know When to Decide vs. When to Allow Consensus

Apparently, the 12 boys came to the decision themselves as to which of them would leave with the rescue team first. Whether they were asked to do this or not is immaterial.

They also had one agenda – to allow everyone to be brought out of the cave to safety. They likely used some criteria to put their list together. Perhaps the coach provided some oversight, perhaps not. The team bonding had certainly begun prior to this misadventure.

This is pure speculation on my part: given these players had to make split second decisions on the field of play during actual soccer games, the coach provided skills for them to do so. I think this training allowed the players to make decisions on the field and importantly, off the field (albeit in extraordinary circumstances) that best supported the desired outcome. Once again, they had one agenda and one agenda only.

The rescue operation was certainly an enormous and costly challenge. The resources made available were comprehensive, including things such as 700 air tanks for underwater diving, food preparation for 500 meals per day for volunteers, helicopters and ambulances for transport, on-site medical assistance and many other resources.

From a leadership perspective, the connection was certainly made between the gravity of the mission and the resources needed to successfully execute the mission. As the situation unfolded, I heard no talk of budget committee meetings or rescuers seeking approval from a higher-up to spend over a pre-established limit or needing to purchase the no-name brand of air tanks to save a few dollars per tank.

Leaders must ensure the right resources are made available. This includes hiring the people with the highest capability, providing resources of the quality needed to accomplish the task, and giving people the appropriate authority to avoid useless debates. In this case, every minute counted. In some challenging business situations, every minute counts as well, to ensure present and pressing opportunities are maximized.

The Leader’s Attitude is Contagious

It is clear that throughout this ordeal the coach did his absolute best to keep the optimism of the boys at a high level despite the severity of the circumstances.

The attitude of the SEAL leader was also contagious. After the rescue, he commented how his team of SEALs and volunteer divers had to keep moving forward or there would not be hope for the rescue of the boys.

The attitude of the leader is not just based on encouraging or optimistic words. People “hear” more based on the attitude they see in practice, rather than the words which pass through their ears.

Ability to adapt, decision-making capability, the necessary resources and attitude are all key leadership lessons I observed in Thailand over the last few weeks.

How would you assess your abilities in these areas? When challenging opportunities are presented under your watch, each one of these abilities will be put to the test. If you’d like a thinking partner to work through any of these points with you, I’d be happy to help.