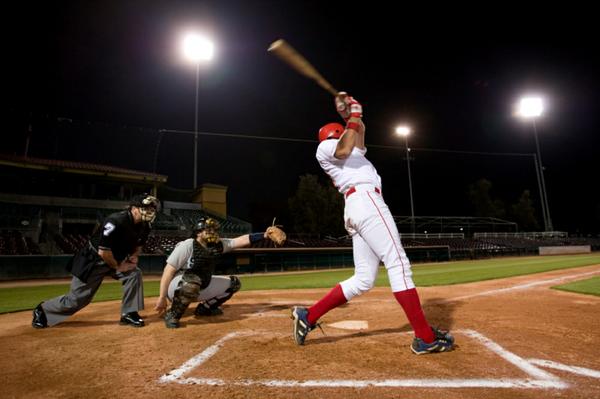 As the 2017 major league baseball season gets under way, batters will be working on the timing of their swing. For the benefit of those not fully versed in the nuances of baseball, major league batters today face pitchers who throw the baseball to them at speeds in excess of 90 miles per hour, sometimes exceeding 100 mph! This “round object” is hurled at the batter from about 60 feet away and the batter has less than a second to decide what he is going to do – to swing his bat, or not.
If they swing and make contact with the ball, they ideally desire to “get a hit” by placing the ball onto a part of the playing field that is not directly where a member of the opposing team is located or can easily get to, while  keeping the ball within a 90-degree range. There are many possible results when a bat makes contact with the baseball which I won’t get into. Suffice it to say, the timing of the swing is of utmost importance.
Timing is also related to all of us as leaders – our timing in making decisions has a great impact on the success of the decision. The decisions we make can be either right or wrong. The timing of those decisions can also be right or wrong. So, we have four possible outcomes when making decisions. Therefore, timing is everything! Good leaders recognize that when to lead is as important as what to do and where to go.
Consider the four possible outcomes:

In your approach to leadership, does timing play an important part in your strategy? Do you think about the appropriateness of the timing as much as you do the “rightness” of the action? Consider taking some time to reflect on some of the major actions you have initiated over the past 6 -12 months. How much attention did you give to timing? What can you learn from your reflection?
The baseball batter who takes the right action at the right time has much better chances of getting the desired result – a hit – so he can get on base and have an opportunity to score a run.
Now, go out and play ball!
Best Regards,
Bill
PS – Much of the content of this message comes from The Law of Timing from the bestselling The 21 Irrefutable Laws of Leadership by my mentor John Maxwell.