The Value Of Just One Good Idea 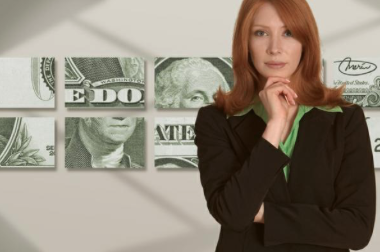 When was the last time an idea that either came to you or was presented to you was so good, it just about transformed you? It was so good, you wondered why you hadn’t thought of it before.

One of the last good ideas I had was to publish a downloadable resources of over 1300 interview questions targeted to 100 unique job success factors or competencies.

The idea wasn’t exactly an original idea; I heard something from someone which prompted this idea. Since I have conducted job interviews of well over 5,000 people in my career, I have amassed literally hundreds of interview questions. This resource is available on our website for anyone interested. Simply go here to learn more.

Have you ever wondered where good ideas come from? Actually, they come from a variety of sources and places. Some of the best ideas come from other people who are trying to help us with a problem or issue where we haven’t been able to find a solution.

Sometimes, an idea comes to us in the most unusual places or times. I’m sure you have had the experience of an idea popping into your mind when you are in the shower, or waiting in line at the grocery store. Many times, you are not even thinking about the situation where the idea will be most useful, yet it comes to you anyway.

Sometimes, an idea comes to us when we are asked a question. In thinking through the answer, an idea just pops into our mind and the idea turns out to be brilliant!

For me, a practice I regularly engage in is personal brainstorming. I will intentionally sit in a location I don’t frequent often, such as one of the guest bedrooms of our home. Sitting in a comfortable chair with a cup of coffee, a legal pad and a timer, I bring my mind to focus on one issue or situation. I develop a question which is reflective of the issue or situation and write that question at the top of the legal pad. I’ll set the timer for 20-30 minutes and begin to write down brief ideas which come to mind as an answer to the question. There are no distractions or interruptions either during this time (my phone isn’t with me!)

During this brainstorming, I simply write down the ideas as they come to me. My goal is to identify 20-25 ideas. When I first began this practice, it was difficult to come up with 10 ideas, much less 25, yet I persisted. I don’t evaluate or judge the idea – I simply write it down. After the alarm on the timer has sounded, I’ll take one last pass and then look back on all the ideas to pick the 2 or 3 which seem the most promising given the question I asked in the beginning.

You see, the question is the catalyst for me. The question stimulates a part of my brain to respond with answers. In retrospect, some of the answers are ridiculous or highly impractical, yet, many times the best answer pops up, and comes immediately after the most ridiculous idea has been recorded on my legal pad. This is no fluke either. I can point to dozens of times this has happened.

In my working with clients, I regularly ask questions to help them think differently and deeper into the issue they are dealing with. I do this because I know the power of questions. Very often, in thinking about the answer to a question I’ve asked, the client will develop an idea “out of the blue” they had never considered before. Very often, such an idea turns out to be quite valuable to them.

How valuable you ask? After all, the title of this message implies times where an idea can produce great value. Allow me to share a recent example.

Just last week, I was with a new client, Sarah, who had recently been promoted to the top position within her organization. She was overwhelmed with the enormity of the role and was struggling with how to prioritize the many issues she faced. After we spoke for a few minutes, I asked, “Sarah, of all the issues you’ve spoken about, which one will have the highest impact if you focus on it in the next 10 days?”

She thought about this for a minute or two and responded with a specific area. I asked her to define the area a bit further and then asked her how much time she would need to get her arms around the issue. She thought for another minute and responded “10-12 hours ought to do it.”

I then helped her figure out how and when to devote the necessary hours, which turned out to be in 3 blocks of time. The result? Her stress level was noticeably reduced because she had a workable plan. To Sarah, reduced stress was priceless to her at this time.

I have worked with clients who routinely have identified the value of an idea they developed resulting from a question asked as being in excess of $100,000 and in a few cases, in excess of one million dollars! Not bad for the value of one good idea, don’t you think?

In all these examples, the client has to be ready to receive a good idea! The idea doesn’t come from me, it comes from them; they originate the idea because they know their situation much better than I ever will know it. This is the power of questions and this is how good ideas provide immense value.

You can do this on your own, yet many times it helps to have a thinking partner or coach help you by being the one to ask the questions. The results, as you have seen are powerful. You can have similar or better results. You have to be ready and you likely will need some help. I am here to provide that help if you’d like.

PS, Once again, if you, or anyone you know, are interested in receiving the 1300 interview questions, simply click here to get your copy.