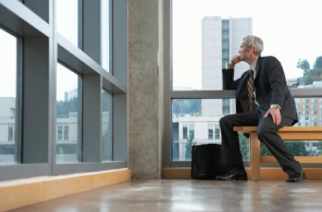 Imagine being a CEO, community leader or politician and receiving a vote or letter of “no-confidence” signed by those you are leading. Ouch!

Darryl Duncan is the CEO of a hospital in Morgantown, WV and according to WVNews.com, he received such a letter in early February signed by 20 physicians working under his leadership. The letter outlined several organizational issues the physicians believed had been ignored.

If you are Mr. Duncan, what would your response be? His actual response was indicative of the type of leader he seems to be. He is reportedly quoted as saying, “Change is hard, and we’re going through change. Not every individual accepts changes as everyone would like, and that’s hard.”

I’d say this is quite the understatement! Yes, change is hard; but it is much harder when there is no foundation of trust. Receiving a “no-confidence” letter is another way of employees or constituents communicating, “We once trusted you but because you haven’t listened to us or shown you care about us, we no longer trust you.”

How do you avoid receiving one of these severe letters? It is necessary to evaluate the level of trust you have established with those you lead.

Granted, I am an outsider to this situation in West Virginia, and it doesn’t take a rocket scientist to make the assertion about trust. Unfortunately, leaders who are self-centered rather than other-centered have a difficult time understanding the value of trust.

Very few people like change, particularly when it is thrust upon them. Don’t get me wrong – I’m all for positive, growth oriented change. Yet, when the people who will be impacted by the change do not have an opportunity to weigh in and provide their ideas, opinions or perspective, the likelihood they will resist the change is great.

Unfortunately self-centered leaders don’t seem to think in these terms. The results are predictable:

Leadership is influence, nothing more or nothing less. Without trust, it is virtually impossible to have influence. Without influence, great results can’t happen – period.

Well-known author and consultant, Patrick Lencioni summarizes the effects change on your organization by saying, “Without trust, there is no possibility for healthy debate.” When your team has an opportunity to be heard and to weigh in with their perspective on the matter at hand, the likelihood of them accepting your decision is greater.

It appears Mr. Duncan hasn’t realized this and the result was a no-confidence letter. Instead of attempting to contain the negative damage, the physicians took it a step further and released the letter to at least one local media outlet. We know negative news tends to get more attention than positive news. Mr. Duncan now faces a very difficult uphill climb in an attempt to regain (or establish) trust among those he leads. He may not survive in the role due to the damage. Time will tell.*

The lesson in all of this is to proactively establish a trusting relationship with those you lead. How can you do this?

I “trust” this has given you some food for thought.

* As of February 7, Darryl Duncan is on a leave of absence and an interim CEO for the hospital has been named.